Mary, Mother of the Church, Takes a Walk with Jesus

Mary, Mother of the Church, Takes a Walk with Jesus

Today is the Memorial of Mary, Mother of the Church, instituted by the Holy Father, Pope Francis. Here is an excerpt of a short little fiction I wrote for the day, a while back:

She was grinding grains of wheat and barley when he came up from behind, startling her with a quick kiss to the cheek that made her jump and give a little cry out loud.

“Yeshua,” she chided as he laughed. “You wouldn’t find this so funny if I spilled the flour into the dirt and we had no bread.”

He poured out a bit of water and sipped it, still smiling as he watched his mother’s clever hands at work. “I would never be leaving you without bread, Eema.”

Leaving. It was a touchy subject, still. Her son had told her days earlier that he would be traveling away from Nazareth, preaching and teaching like his cousin, John, although “differently,” he had chuckled. “Camel skin itches, and I’ve never been as bombastic as he.”

Miriam had sighed and shaken her head in agreement. She’d never quite known what to make of John. Even as an infant he had been boisterous, loud, and relentlessly energetic. Elizabeth swore he had been the same in the womb, and Miriam remembered how her elder cousin had nearly doubled over from the exuberant kicks he’d delivered just as the two women had greeted each other, all those years ago.

And now, John was out in the desert. He’d left his temple service and his established priesthood behind in order to preach repentance—and he was nearly apocalyptic about it, she’d heard. Full of fire, and bringing people to water to be cleansed both inside and out.

A mikvah, but not a mikvah. Something new, and strange.

The world was changing. She didn’t understand it, but her Yeshua said it was “all good.” John’s harsh condemnations, his ersatz mikvah, his radical prophecies about the Messiah. Her son had visited where John was and when he’d come back he seemed different, somehow—deeply settled in one way, but restless too. He would stop his work for a drink and end up gazing far into the horizon, over-occupied in his thoughts, his tools forgotten.

“Did you get washed by John, then?” she had teased as she’d placed a dish of figs and curds before him.

Yeshua nodded and gave a little shrug. “He is John. As John as he ever was. Powerful and prophetic. And still ear-shatteringly loud.” He offered his mother one of the figs. “He sends his love to you, Eema. His very noisy love.”

Interestingly, Jesus wheedles Mary in away very similar to my own sons. And she doesn’t think much of Peter and that motely crew her son runs with. You can read the rest here.

Mary, Mother of the Church, pray for us! 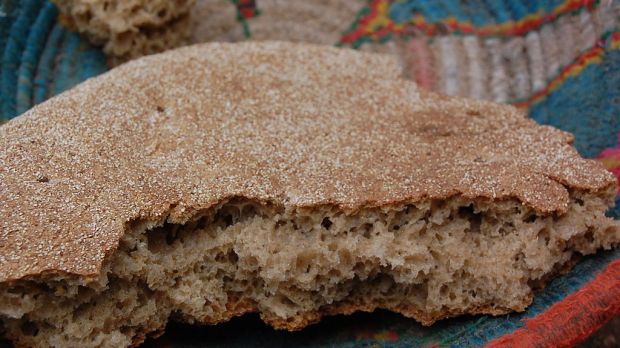